A post by Andrew Mallinson our resident expert and Mountain Guide

I suddenly realized I’d been stood stock still for nearly two hours. The digital figures of the central heating timing clock in the kitchen told me that. I was stuck, not knowing what to do next, like being on some desperately difficult rock climb. Only, I’d been stuck for three years. Or rather, I’d been stuck for 30 years, forever perplexed by an apparently impossible series of crux moves on some distant soaring crag. 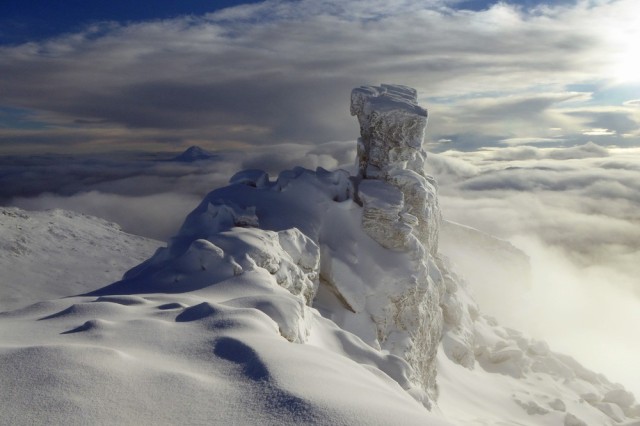 The word “stuck” is probably wrong actually. It implies being stationary…and I hadn’t been. I’d been going down, sliding down the inside of a black funnel. Stood in the kitchen that day I realised I had reached the funnel neck – you know, that bit where it gets narrow and heads straight down. I wondered, quite dispassionately and with increasing curiosity, what it would be like when I shot down the tube and the light went out….

As I have since realized whilst lost in the kitchen, the last residual vestige of my inner voice spoke. A connection with some apparently unrelated occurrence the previous day, someone from thirty years ago had made an electronic communication. I can’t remember who, probably a friend, once told me that an alcoholic heeds to reach the bottom in order to move forward. I was no alcoholic but I’d hit the bottom. I was dizzy as if I was drunk, but it was accompanied by tears. I needed to ask someone for help. Neurons connected with electronics.

Texts, emails, and finally tearful ‘phone calls opened my ears to myself, to my inner voice. Two ostensibly simple questions opened the floodgates…who was I born to be ?…..what is the life I was born to lead ? Finding the answers within, (now I was listening!), revealed what I had always known but was afraid to admit for thirty years, to either myself or those around me. Massive anger ensued on an unimaginable scale, occupying every conscious moment. How could I have just wasted all that time? What was the point in changing things at nearly fifty years of age, it was too late anyway? Anger, massive anger, directed at everyone and everything, but principally me.

I wake up in the mornings now, three months later, and look forward to every day, glad to be alive….literally. I am being me and gradually, step by step, beginning to live again the life I was born to lead. It’s not been easy, far from it. Deeply upsetting at times, the overwhelming anger was at one time consuming me. I still have the odd bad moment even now, but it is only a moment and they are increasingly few in number. Oh yes, and I’m increasingly happy again after thirty years of, at most, periods of contentment.

And where did I find my belief? It was within me, always was. I just needed help (don’t we all?) to crank up the volume on my inner voice to enable me to hear it again. My Guide, (rather like a mountain guide), She has seen me over and through the crux moves on the rock climb. I hear my own inner guide now as I head for the top – I will get there. Belief is everything. And happiness. The journey is worth it – do it…..do it now….

Andrew Mallinson is a mountain guide based in the Cairngorms, Scotland. For more information see http://www.mountainsummits.co.uk